Hi! We’re Team Baldwin at Anastasis Academy. We’re so glad you visited, and we love when people leave us comments! This is a place where we’ll share some of our learning, and link you to other places to find us, too! 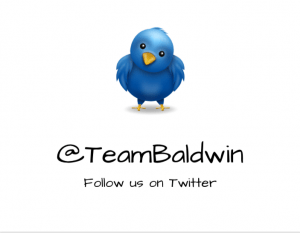 We update our Twitter account at least once a day with some of the really great things happening in our classroom and our school. You can follow us at www.twitter.com/TeamBaldwin.

This post is a “sticky post.” That means you’ll always find this at the top of our blog. Below, you’ll see posts in reverse order, so that the most recent blog post will always be at the top.

Thanks so much for stopping by! We are having a great school year so far, and we cannot wait to start sharing some really interesting things with you about what we’re learning this year. Feedback is always appreciated! 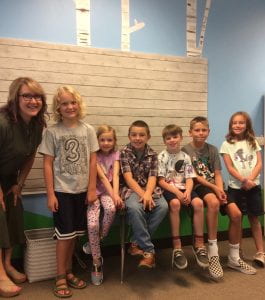 Last fall, we watched news about possible evidence of water on Mars, and our curiosity about space began with a lot of questions! In January, we watched a BrainPOP video about space travel. We had a LOT of questions! During that time, we were learning about Culture and Story, but we kept wondering about space. Mrs. B helped us download a NASA app to our iPads. From that app, we could watch videos, look at photos, and read about some of the things NASA was doing. We were already learning a lot about the Mars Rover. It’s called “Curiosity.” Did you know there’s a Mars Rover app, too?

All the while we were interested in space, many really interesting things were happening!

When we started Block 4 (How the World Works), we started thinking about space even more. We started with this statement:

Earth is a unique planet and part of the solar system.

We started asking questions about that statement and some of the things we already knew:

We started investigating by watching videos, visiting the Space Foundation Discovery Center, using our NASA app, reading books about space, and searching on different websites to find some answers. These investigations helped us answer some questions, but mostly it helped us to ask even more questions!

To help us learn more about what we learned, we did a lot of different activities! We chose to make models of planets. We built space station modules in Minecraft. Some of us built in a space mod called Galacticraft in Minecraft. We really liked being challenged to find the materials to go to the moon and Mars! We used chart paper and sticky notes to write some of the things we’ve learned in our investigations. We drew illustrations about what we learned and recorded voice narrations to explain what we created (some of these were on paper, and some were in our Seesaw app).

It was really great to be able to spend a lot of time on these investigations! We focused on space for about 14 weeks! Mrs. B wondered if we were getting bored with learning about space, but we weren’t! Every day, we came to school excited to talk about a PBS show we watched about Scott Kelly or to talk about how we watched the ISS fly over our homes when the sky was dark.

Some of the older kids in our class wrote blogs posts to share some of the things they learned:

Also, we tweeted often about what we were learning. One day, a NASA engineer helped us learn, too! You can read this Storify of all our space tweets –

We are very excited to present how we “went to space” at the ISTE conference this June. We will be sharing our poster session on Tuesday, June 28. If you’re attending ISTE, we hope you’ll come learn what we did!